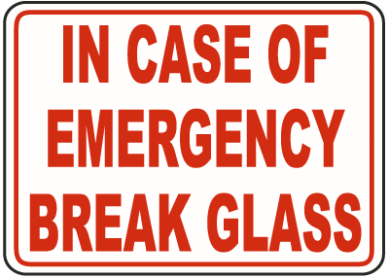 Last week, a group of U.S. senators introduced a bill that seeks to restore some of the regulatory provisions of the Glass-Steagall Act of 1933 (the “GSA”). The bill purports to segregate commercial or “utility” banking from riskier (and sometimes less socially valuable) activities like investment banking, derivatives trading, hedge funds and the provision of insurance services.

If you read this blog and some of its columns regularly, you are probably already familiar with the functional segregation between commercial and investment banking. It’s a subject we’ve covered in some opinion pieces (See: Cedeno-Brea, Enmanuel, “Should we adopt the Volcker Rule in the Dominican banking regulation?”, May 14, 2012) and in other academic papers.

In the less than virtuous “regulatory dialectic” cycle suggested by the notable professor and economist Edward Kane, there seems to be a special place for Glass-Steagall type provisions. Just like in Nietzsche’s Eternal Recurrence and the stoics’ circular notion of time that  perplexed Argentine writer Jorge Luis Borges, financial regulators often revisit GSA type formulae. The GSA was part of the legislative reform package of Franklin D. Roosevelt’s New Deal. The measures sought to jumpstart the U.S. economy after the Crash of 1929 and the Great Depression that ensued. The GSA rules separated commercial banks (institutions that take deposits and lend money to the public) from investment banks (securities underwriters and intermediaries).

The GSA was repealed in 1999, under President Bill Clinton’s government. Some people attribute the current financial crisis (at least partly) to the repealing of the GSA. Other voices have been raised calling for a return to the functional separation between commercial and investment banking in order to attack the “too big to” set of problems in all of their manifestations. This proposal looks to either “break-up” or cap large banking institutions in order to nip the “too big to” problems in the bud. Such measures are neither new nor original. In the UK, the Independent Commission on Banking led by Sir John Vickers recommended a similar proposal by suggesting the ring fencing of utility banks. Variations of this formula are also present in the policy recommendations of the Liikanen Group (October 2012), established by the European Commission.

But these measures do not necessarily solve all current financial woes. Large financial institutions could loop-mine their way into circumventing the segregation. One possibility could be rearranging activities across different business units under the control of a centralized holding company. Functional segregation would target carving-out risky activities from the financial safety net established for insured deposits. By insuring deposits up to a limit, Governments could find themselves tacitly underwritings risky businesses. The objective then would be to mitigate the moral hazard generated by the big banks in order to prevent the likelihood of taxpayer-funded bailouts.

The return to the GSA model resonated across the financial world. But it might not have enough clout. Two analysts from the Financial Times point to apparent consensus among U.S. lobbyists that believe that the bill lacks sufficient support (James Politi and Stephanie Kirchgaessne, “Bill to restore Glass-Steagall unnerves Wall St“, Financial Times, July 12, 2013). Another factor that could stifle the bill is that The Banker recently ranked the Industrial and Commercial Bank of China (ICBC) as the biggest in the world. According to the reputable publication, the size of the ICBC’s assets surpasses those of Bank of America and JPMorgan.  European universal banks are not the only competitive threat to U.S. banks. As a result, the US federal government could be careful not to thwart the global competitiveness of its national champions.

Despite all of this, the academic and policy debates in relation to the revamping of the international financial regulatory framework will continue. Functional separation and Glass-Steagall type solutions are likely to remain popular, go-to regulatory models for financial policymakers.